What is a fake token?

One thing you must know about when it comes to DeFi: anyone can create a token and give it any name they want.  This means there are many scam tokens that are meant to look like popular tokens. Attempting to trade a fake token will result in your transaction not going through and you will end up losing the money you'll have to pay as the network fee.

What is a scam token?

A token might not be posing as another popular token and instead, look like it's a completely legitimate new token. The risk here is that any new token that you intend to purchase might be created with the sole purpose of stealing your money. The price of a token might decrease significantly after you purchase it. One popular practice of that kind is a Rug pull. A project is created and hyped with lots of liquidity put into it to create the look of a potentially profitable investment. After enough people have invested, however, the creators pull out the liquidity which leads to the price taking a nosedive. After that, the investors are left holding the tokens which no longer have any value.

Why are there fake/scam tokens in my wallet?

The most common way of distributing such tokens is Airdrops. Airdropping has been around for quite a while and there are a lot of totally legitimate reasons to use it, they can be used to artificially create interest in a possible scam token. There is, unfortunately, no way to protect yourself from scam token airdrops. New fake and scam tokens are created every day. As stated above, anyone can create a token. Even if there was a way to 'block' a fake token from being sent to your address, a dozen more will be created on the same day.

What do I do with the fake/scam tokens in my wallet?

If you see some tokens in your wallet that you don't recognize, do not try to exchange or send them away immediately. The exchange transaction will be declined and you will lose money on the network fees. Instead, do a little bit of research online, to see if any other users reported seeing the same in their wallets. If you confirm that the tokens that you have in your wallet are fake, the best way is to simply ignore them and filter them out.

How do I check if a token is fake?

The easiest way to do so is to check the market value of the coin you have on the block explorer. Copy your ETH address and check it on Etherscan. On the screenshot below, the address holds one million USDT. 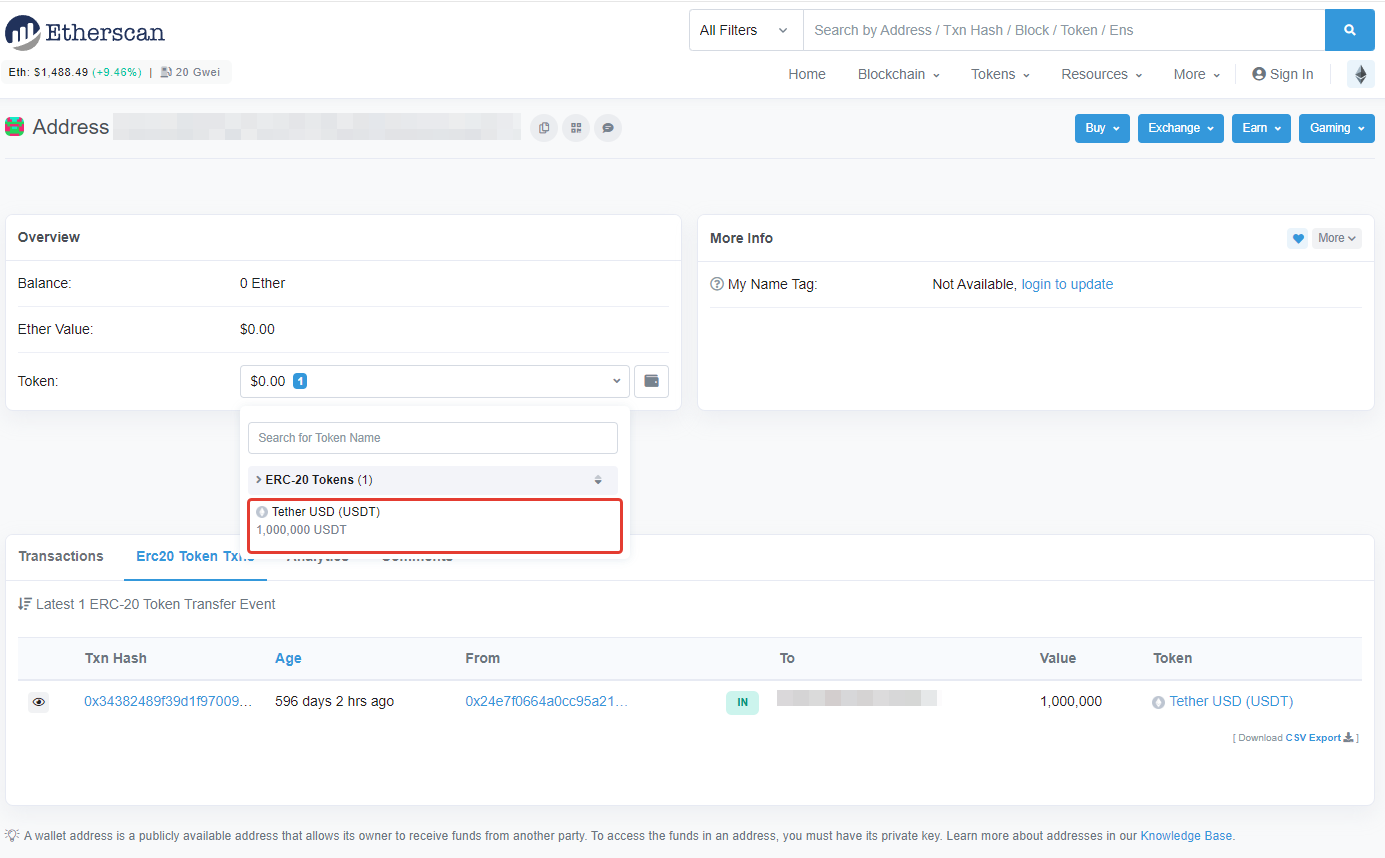 If we click on the token itself, however, we'll get more detailed information about it, including its contract address.

By clicking on the contract address, you'll be able to see that the value of this token is 0.00 which is a clear indication of it being fake. You can also then compare this contract with the contract of the real USDT token.

An additional way of checking if the token is fake is Token Sniffer. Token Sniffer is an easy-to-use tool to look up information on tokens on both Ethereum and Binance Chain. All you need to do is to copy the contract address and look it up on the TokenSniffer. It will analyze the token and provide info on possible exploits, a contract audit, etc. It also contains a list of known scams and hacks, which is a very convenient way to quickly check if a suspected token is listed.

Here's what the analysis of the aforementioned fake USDT on Token Sniffer looks like: 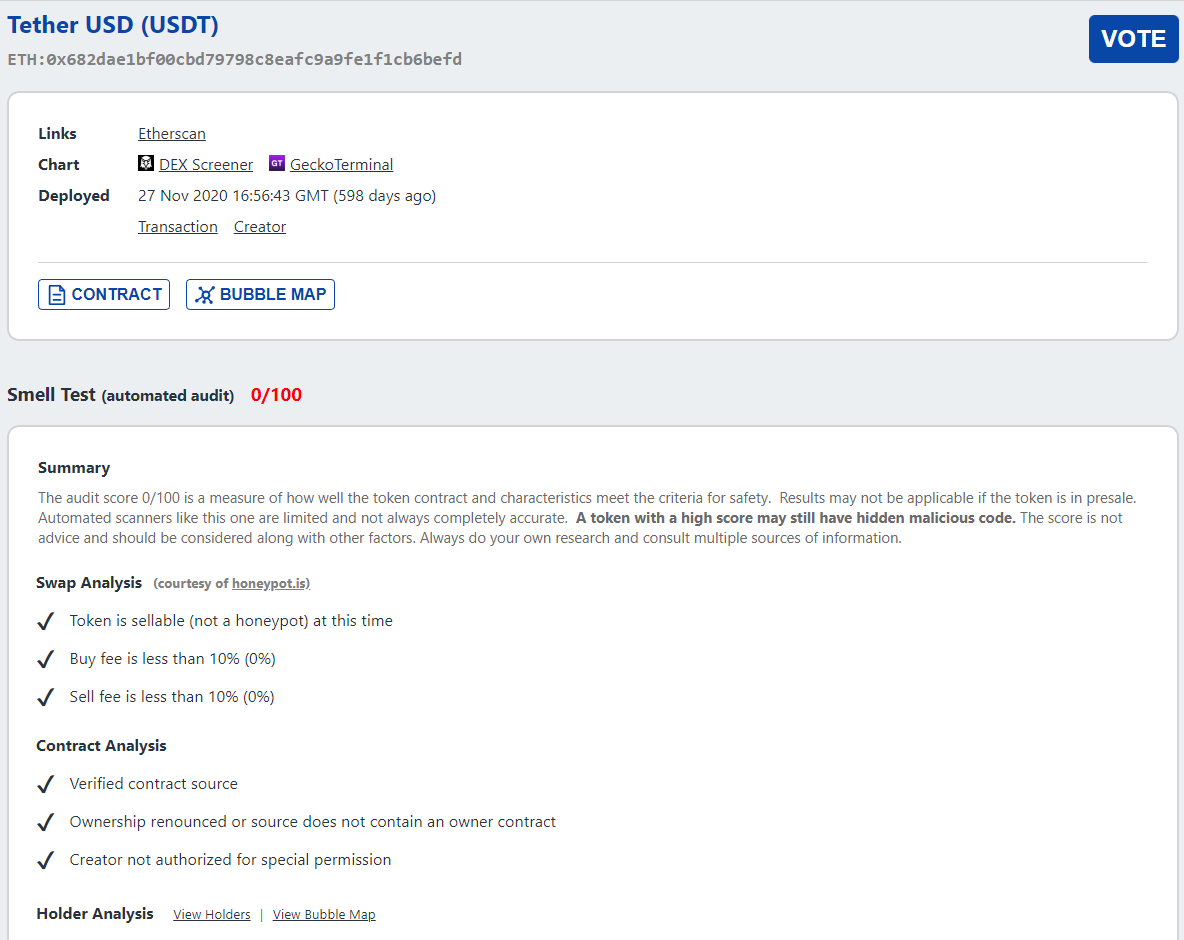 How do I check if a token is a scam?

Dextools works with both Ethereum and BSC and provides a general overview of what state the token is in. After searching for the token contract address or a name, you'll be able to check the list of all the purchases and the sales of that token. The absence of any sell orders or sales that are only done by the developers is a sign that a token might be a scam. There will also be a warning if the platform's algorithms deem that token suspicious.

In this example you can see an overview of the IOV token: 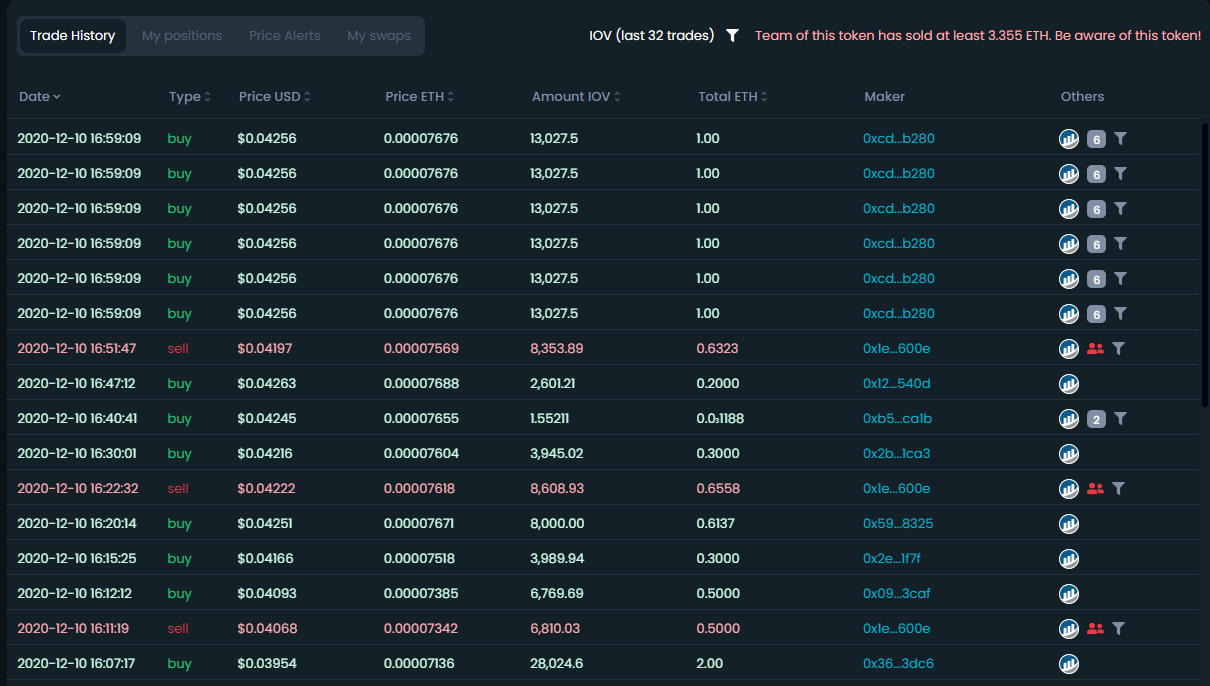 Unicrypt is a useful tool to check the liquidity liquidity status of a certain token. If the token developers' initial liquidity is locked, it means they can't withdraw the funds (rug pull, mentioned above), effectively stealing funds from you, the token holder.

Here's an example of what the aforementioned IOV token looks like on the Unicrypt: 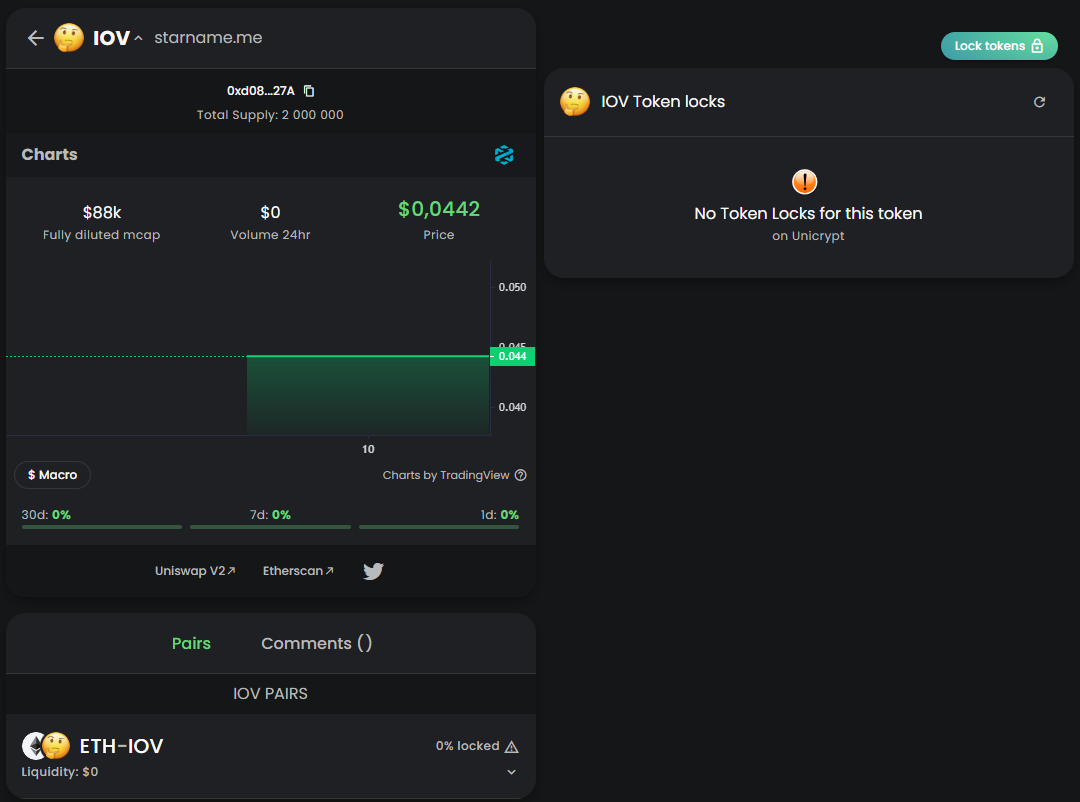 Did this answer your question? Thanks for the feedback There was a problem submitting your feedback. Please try again later.
Last updated on July 27, 2022